I ran the Arizona Road Racers Summer Series at Kiwanis Park race in my quest for a race for every month this year.
It was a humid morning and I stayed up way too late the night before.  (Good times!)  It’s been many years since I’ve raced in Kiwanis Park, and it was really good to be back.  The start line area was easy to find and there were many runners milling about.  I picked up my bib and my shirt.  Since this was my second ARR race this summer, I figured I’d pitch in the $10 for a shirt.  The tech quality is nice and I don’t mind wearing it around.  It’s a understated race shirt. 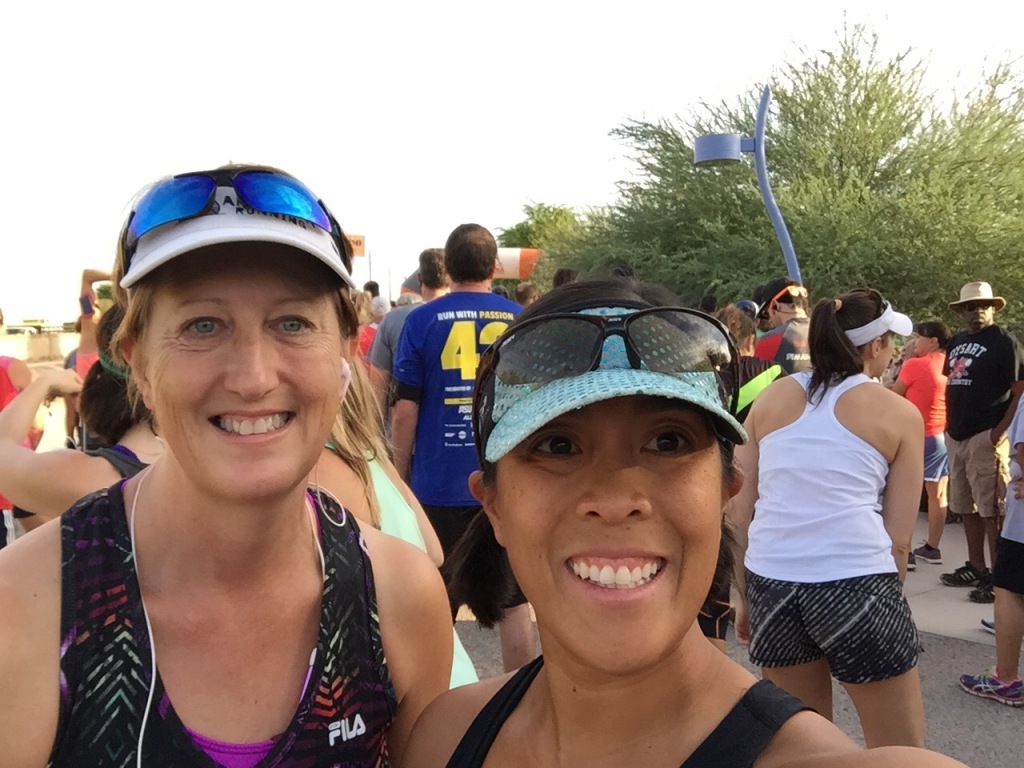 I met up with my AZTNT/MRTT buddy and we chatted and took pictures before the race.  Once it was time to go, I tried to keep a nice steady pace without going out too hard at the start.  We started out in the back, and I slowly made my way through the crowd.  The first mile was good and steady.  The second mile, I worked on pushing the pace just a little bit.  I was still getting passed, but I didn’t mind that a bit.  Cheering the runners on always gives me a little boost of energy.  For the third mile, I tried to turn it on the pace just a little bit more without fizzling at the end.  I think that I still need to work on starting to push the pace a little sooner, since I have a little bit more kick at the end.  There was a father and son team who passed me at the 2.5 mile point.  As I passed them at the 3 mile marker, I told them that I would race them to the finish.  Unfortunately, it looked like the son has used up all his gas.  My friend finished not too long behind me with a lot of speed in her kick!

I finished just under 31:00, so I was ecstatic with my time!  I ran just under a 10 min mile for the race and my fastest mile on my Fenix 3 (not that I can remember a mile faster that this!)  Good times even with the lingering good times from the night before.

Everyone was super nice and the runner’s buffet of bananas and watermelon was much appreciated on the humid morning.  Have I mentioned how much I love my MRTT tank?  It’s pretty awesome! 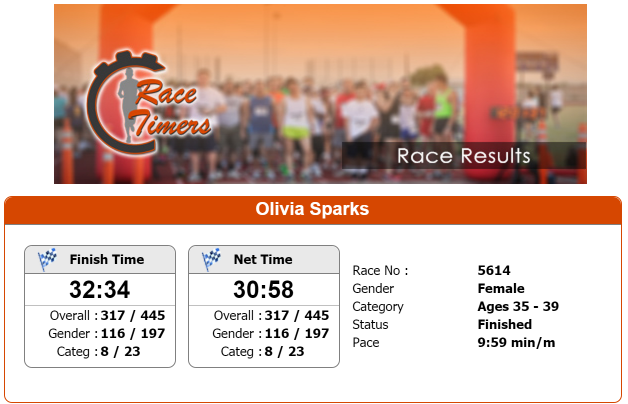